A Mysterious Approach to Teaching Engineering

A nighttime intruder. A case of embezzlement and a stolen cell phone. A near-silent kid sister and her talking robot cat, which may also be able to think on its own.

The story has all the makings of a young adult mystery thriller. And Talk to Me, a new book by local author Sonia Ellis, is all that—and a whole lot more.

The novel is a lively mystery that keeps fourth- to eighth-graders on the edge of their seats. But behind the scenes, Talk to Me is designed to get young people, especially girls, interested in engineering.

The book is available in paperback and also free online in electronic and audio formats. A second edition will be published by Tumblehome Learning in September. 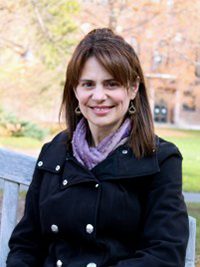 Author Sonia Ellis says the novel’s mystery format was chosen especially to engage fourth- to eighth-graders, who engage most with “imaginative education” formats. “Stories help students get involved,” Ellis says, “and when they’re involved, they learn more deeply. So our team set out to create a Harry Potter kind of book—something with extreme realities, heroes and heroines, a fun story that would allow the readers to become engaged with the plot.”

A host of Smith students were involved with the project beginning in 2012.

Already, the book has been used in classrooms in Deerfield, Mass., as an all-school summer read in Stamford, Conn., and in after-school programs throughout Bridgeport, Conn.

A host of Smith students were involved with the project beginning in 2012. Evanleigh Davis ’16 is the book’s illustrator; she designed the cover and illustrations for the book and website. Greta Stacy ’15 did voiceover work for the online materials. More than 30 other Smithies participated in roles ranging from marketing to data analysis.

“It was,” Ellis says, “a true team effort”—one that placed a premium on risk-taking and collaboration. “We worked together sharing ‘half-formed thoughts,’” Ellis says. Although people are often trained to unveil only their best ideas, and in final form, the Talk to Me group would often begin their brainstorming with “I have a half-formed thought.”

Ellis says that those “half-formed” ideas were often the beginning of brilliant insights—“and even the ideas that weren’t used helped the students feel more comfortable contributing,” she adds. “I think everyone involved feels that they had a real voice in this project—and in its future.”

Davis says the project is “pretty amazing, honestly.” She says she created illustrations that were designed to create empathy by making the main characters “feel as real as possible. Hearing so many kids respond really strongly to the novels, video game graphics, website and book illustrations is gratifying,” she adds. “I feel like I’m making some difference in the lives of young people.”

Ellis’ own background also helped form the project. The daughter of an engineer, Ellis earned B.S. and M.S.E. degrees in chemical engineering—but left the field after a few years because she didn’t see engineering “as a way I could help the world.” In leaving engineering, she noticed that the number of women going into the field was significantly lower than the number of men—and she resolved to help solve the problem.

Talk to Me is the centerpiece of an ongoing effort called Through My Window, an NSF-supported project that promotes engineering to children and teens. The effort began three years ago with a $3 million grant from the National Science Foundation to Smith professors Alan Rudnitsky and Glenn Ellis and to Springfield Technical Community College professor Beth McGinnis-Cavanaugh, and the work already has earned plaudits. Through My Window was a finalist for the 2015 REVERE Beyond the Classroom Award, presented annually by the Association of American Publishers to honor high quality educational resources.

Talk to Me is the first of two planned novels. The second work, called Finding Home, is due in spring 2017. Ellis says that book will be aimed at a slightly older audience of upper-middle-school students and feature a 16-year-old protagonist and an augmented reality game that alters people’s perceptions of time and space.

“We hope that it’ll do the same thing Talk to Me does,” Ellis says. “It’s designed to be not only educational, but also entertaining. Our goal is to continue to engage people’s imagination around STEM—and perhaps change the face of the discipline, too.” 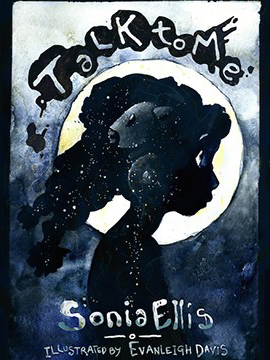 Talk to Me is designed to get young people, especially girls, interested in engineering.