The Office of Alumnae Relations and Development is thinking of our Smith community during these challenging times and we hope you are receiving the support you need.

All across the world, alums are stepping up to help their communities, stay social and lift up the most vulnerable among us. We’ve been so inspired—but not surprised—by the thoughtfulness and generosity of our community. In that spirit, we hope this collection of resources provides a welcome source of connection, information and even entertainment during this difficult time.

Remember to also update your profile in Smiith's newly redesigned alum directory, now called The Network, connect with your class and see how your local Smith club is keeping in touch. For updates on Smith’s response to the COVID-19 outbreak, visit the college’s coronavirus disease page.

Smith in the Community 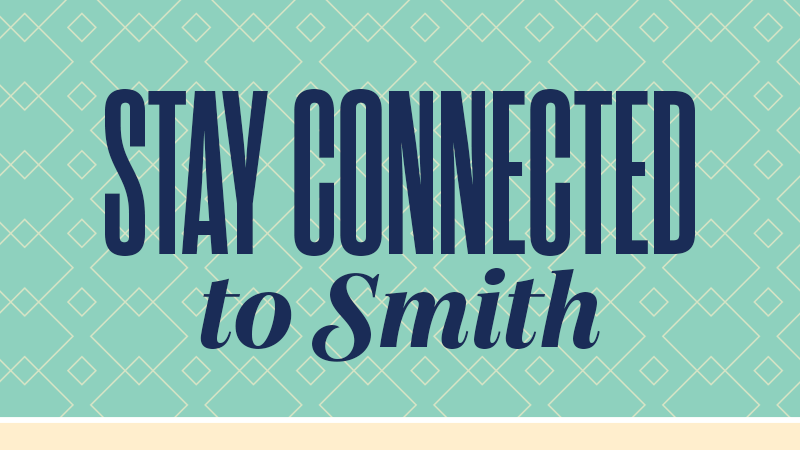 Tell Us What You’re Doing

Let us know what you’ve been doing to help your community or connect with your classmates during this unique moment in our history. Send your stories to alumnae@smith.edu.