Every December for the past ten years, members of The Smith College Club of Rhode Island have gathered for brunch, where they catch up, laugh and nosh on delicious treats. Then they get down to business, forming a well-oiled assembly line to create care packages for current Smith students who are about to embark on final exams.

The care packages—in this case, shoe boxes—are filled to the brim with candy, microwave popcorn and other snacks, warm fuzzy socks, cocoa, teas, cookies, colored pencils, erasers, notepads and encouraging notes of support—everything to fuel Smithies who are studying hard.

“We send the care packages during Reading Period every year, prior to exams, which everybody knows can be a stressful time,” says Samina Arif AC ’97, president of the Rhode Island club. “As alums, we can relate to that particular experience—we've been there—and we want students to feel supported. Alums of all generations and class years put the packages together because it's a wonderful way for us to socialize and feel connected to the students. Many students look forward to it each year. We love it when they send us selfies of themselves opening up their boxes.” 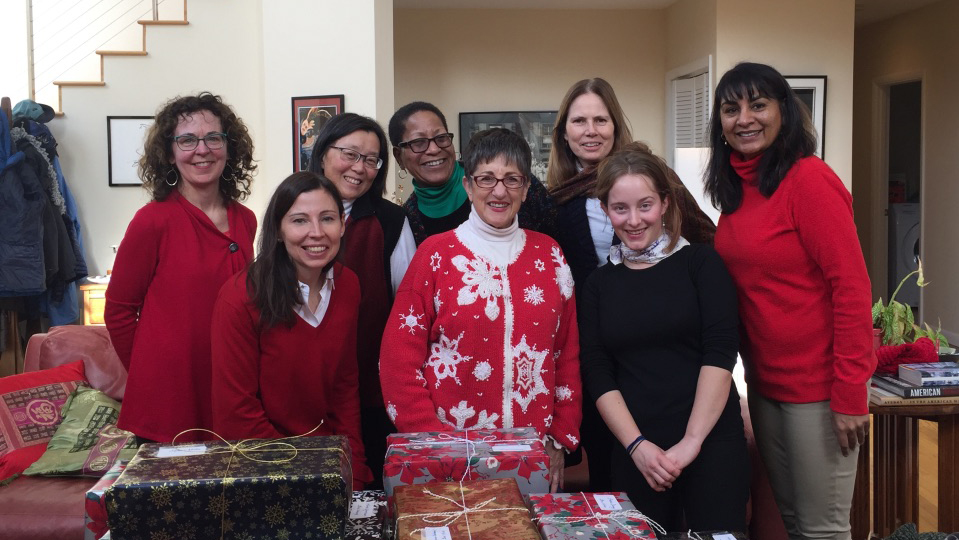 Sending care packages is one of the most popular activities for many Smith Clubs across the country, each club putting their own spin on what they send, and when.

Members of The Smith College Club of Philadelphia typically meet each year at former board member Karoline Adler ’81’s house, and, over plates of lasagna, fill their care packages with items that match a rotating theme, such as stress relief or superhuman powers, with a nod to Wonder Woman. This year, the Philadelphia club sent students air plants from the Philadelphia-based, alum-owned flower shop Vault and Vine. The message, among other things: take deep breaths.

“Sending care packages says that we support you and are here for you if you need us,” says Julia Signell ’14, president of the Philadelphia club. “We also want to show students the power of the alum network. Care packages allow us to start building the connection with potential future club members so that when they graduate they know that such clubs likely exist wherever they end up.”

Because of the COVID-19 pandemic, both Arif and Signell say their clubs have had to curb their in-person gatherings and think up creative approaches to care packages. “We are sending $30 gift cards from the College Bookstore,” Arif said. “We hope the students can buy something they really want or really need.”

The Smith College Club of Los Angeles (SCCLA) has established an Amazon Wish List, which allows alums to purchase items for their care packages directly, such as Luna bars, highlighters and Post-It Notes. Vicky Razo ’04, the alumnae admissions chair of SCCLA, says the packages are instrumental in building students’ awareness of their club so that they’re excited and eager to participate after they graduate. 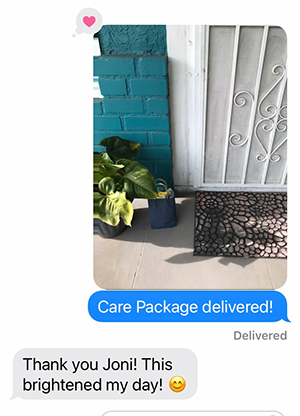 “One of the missions of SCCLA is to develop, maintain and strengthen the connection between all Smith alums in our area,” Razo said, who herself enjoyed receiving care packages when she was at Smith. “Receiving a care package made me feel remembered, and that it did not matter that I was so far away from home—the club still cared about me. In addition, the package included details of club events and made the transition from student to alum easy because I was already familiar with alums.”

SCCLA care packages include letters to recipients asking for their feedback about the packages’ contents, as well as other questions that can spark exchanges between students and alums. For example, the letter says, “Let me know what you liked best/least about the package and what you (or the friends you share it with!) would like to see in future packages. Where will you be next semester? LA Smithies want to know!”

Additionally, every letter identifies an SCCLA alum who is specifically rooting for each student, along with contact details so that the student and alum can correspond, which has the potential to deepen the impact of the care package—a hope that all the clubs share. 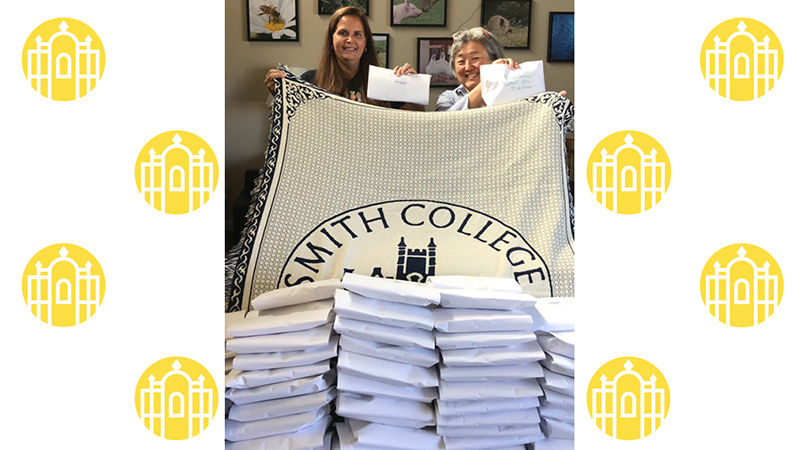 “When the current students graduate, their voices and experiences will help to enrich our alumni community and broaden our conversations,” Arif says. “The care packages are just one way of letting them know that life after Smith means being welcomed into a larger community and deepens our connection to the College and one another.”

Written by Megan Tady. Learn more about Smith clubs near you.