For many Smith students, the opportunities offered through study abroad are the deciding factor when choosing to attend the college. Unique cultural experiences, being immersed in a foreign language and forging lifelong friendships abroad are just a few of the motivating factors. To celebrate these special opportunities, two gatherings were held this past summer in Paris to honor and connect with two beloved supporters of Smith’s study abroad programs, Anita Wien ’62 and Ann Sanford ’75.

In late August, Anita Wien ’62, chairman of the economic and political advisory group the Observatory Group, attended a festive gathering with all 20 students of the Smith in Paris program. With associate director Marie-Madeleine Charlier and faculty director and associate professor of French Studies Mehammed Mack leading the afternoon they went to a salon de thé (teahouse), which served a variety of hors-d'oeuvres and wine.

Mehammed Mack kicked off the afternoon by presenting Anita Wien’s many accomplishments, which include serving as a trustee of Prep for Prep as well as the Ben Franklin House Foundation. Anita followed by offering more details about the types of charity work she has performed for Smith, which has included serving as a trustee and establishing a special fund in support of the JYA program. Anita also took questions from students.

An undergraduate history major at Smith, Anita also received a master’s of business administration from New York University in 1981. She became fluent in French while working in Paris for two years after graduation and has been fortunate to have the opportunity to visit Paris frequently over the years. Anita went on to pursue a highly successful career in investments and banking, political and economic research, consulting, entrepreneurial enterprises and international affairs. In fact, her former business partner became Ambassador to France during the Obama presidency.

Also in attendance were Wien Global Scholar in Paris for 2018–19, Kate Carruth ’20, and Lois Grjebine ’52, the former president of the Smith Club in Paris.

A second gathering was held in Paris in mid-September for Ann Sanford ’75. The wine- and-cheese welcome party featured an animated and fun-filled discussion.

All students in the Paris program attended, and after a short presentation from Mehammed Mack, Ann shared fun anecdotes about her Junior Year Abroad year in Paris, now known as Smith in Paris, from 1973-1974. Students asked questions such as, "How did you make French friends?" Ann talked about the relationships she formed at that time and how they have lasted until today.

Ann also spoke about why she chose to support a study abroad scholarship fund at Smith and encouraged students to take advantage of cultural offerings in Paris. Ann, for instance, was a huge fan of the opera, which she attended as much as her student bank account allowed at the time. 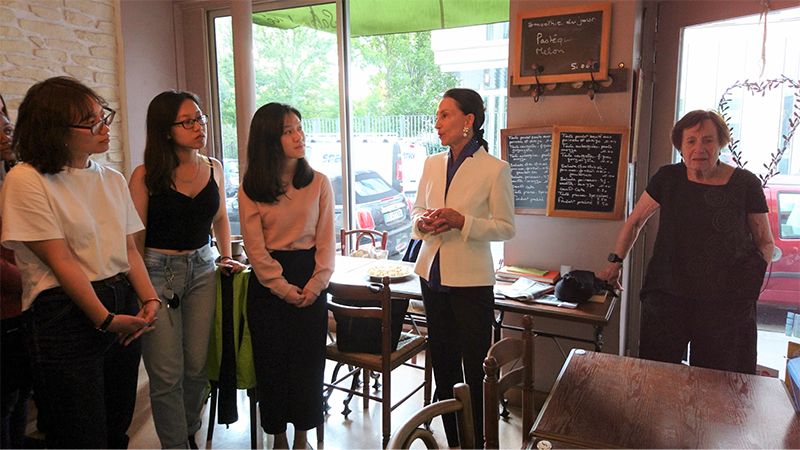 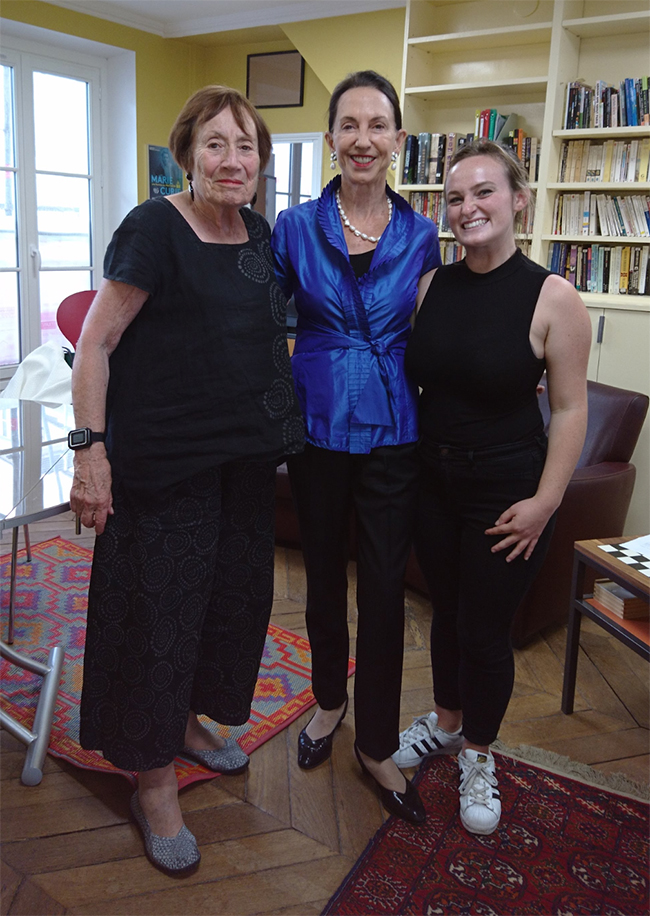