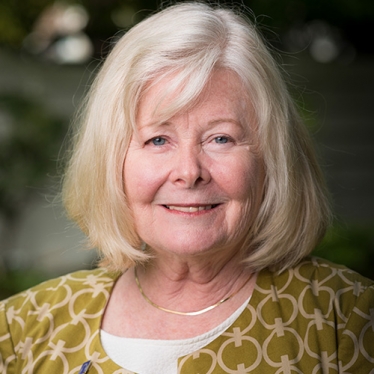 Ann Mitchell is the president and CEO of Montgomery Hospice, a nonprofit hospice with more than 300 employees in Rockville, Maryland. She also has worked for hospices in Greenfield and Waltham, Massachusetts, and in Greenville, South Carolina. Ann became a hospice administrator after she graduated in 1981 with a master’s degree from Yale University’s School of Public Health.

In her 35-year hospice career, she has overseen the development of two in-patient hospices, one of which was designed for AIDS patients in the 1980s. Before beginning her healthcare career, Ann was a researcher for the Yale Center for Health Studies, where she worked on a major federal grant analyzing Medicare hospital payment modalities. Motivated by her interest in research, Mitchell also was the principal investigator with researchers from Clemson University and the Greenville Health System on a study of hospice economics, which was published in the Journal of the American Medical Association (JAMA).

As a student at Smith College, Mitchell majored in economics and minored in astronomy. After graduation, she worked in corporate lending for Chase Manhattan Bank in New York City and Rio de Janeiro. In 1976, she was the first American woman sent by Chase to work in a Latin American country, a place she was familiar with since she grew up in Caracas, Venezuela; Havana, Cuba; Panama City, Panama; and São Paulo, Brazil.

Mitchell was born in Johannesburg, South Africa, and she graduated from high school in Manila, Philippines. She lives in northern Virginia with her husband, Thomas Carroll.